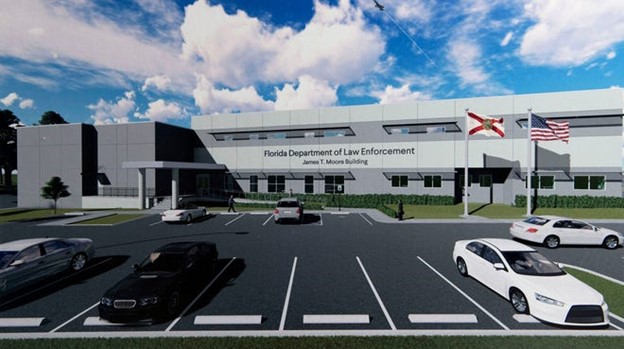 Beck Partners Awarded “Deal of the Year” for 77,834 SF Lease

Pensacola, Fla., March 22, 2022 – Beck Partners is the proud recipient of NAIOP Northwest Florida’s Annual “Deal of the Year” award. NAIOP welcomed its members and community to its annual meeting in Downtown Pensacola on Tuesday, March 22. Highlighted by networking and a new slate of Board Members, the evening also featured the presentation of Beck Partners’ award for “Deal of the Year” for its lease of a 77,834 SF facility located on 6.8 acres in Pensacola’s Marcus Point Commerce Park. Beck Partners’ CEO, Justin Beck and President of Brokerage, Stacy Taylor worked on behalf of the developer/landlord to execute the 25-year build-to suit lease with the Florida Department of Law Enforcement. Construction on the new facility will begin in the first quarter of 2023 and will be spearheaded by Morette Construction.  GMC is the architect of record.

This project took nearly 24 months to complete with both parties experiencing many challenges along the way but eventually it made its way over the finish line.  Rising construction costs kept stakeholders on edge because costs became a moving target and could not be guaranteed for any serious length of time.  Ultimately, the Beck and tenant rep teams were able to create mechanisms within the lease that would accommodate price changes and both Landlord and Tenant were comfortable with the ability to move forward.  After overcoming the pricing challenges, COVID 19 nearly killed the project.  Plans were put on hold while the State worked  through budget requirements and tried to make  sense of the long term affects the virus would have on the state.

After  nearly 12 months of being put on hold, the State made the project a priority once again and FDLE was closer than ever to the new facility they deserve.  After overcoming volatile construction costs, budget constraints, COVID 19 and financing challenges, the lease was executed in June 2021.