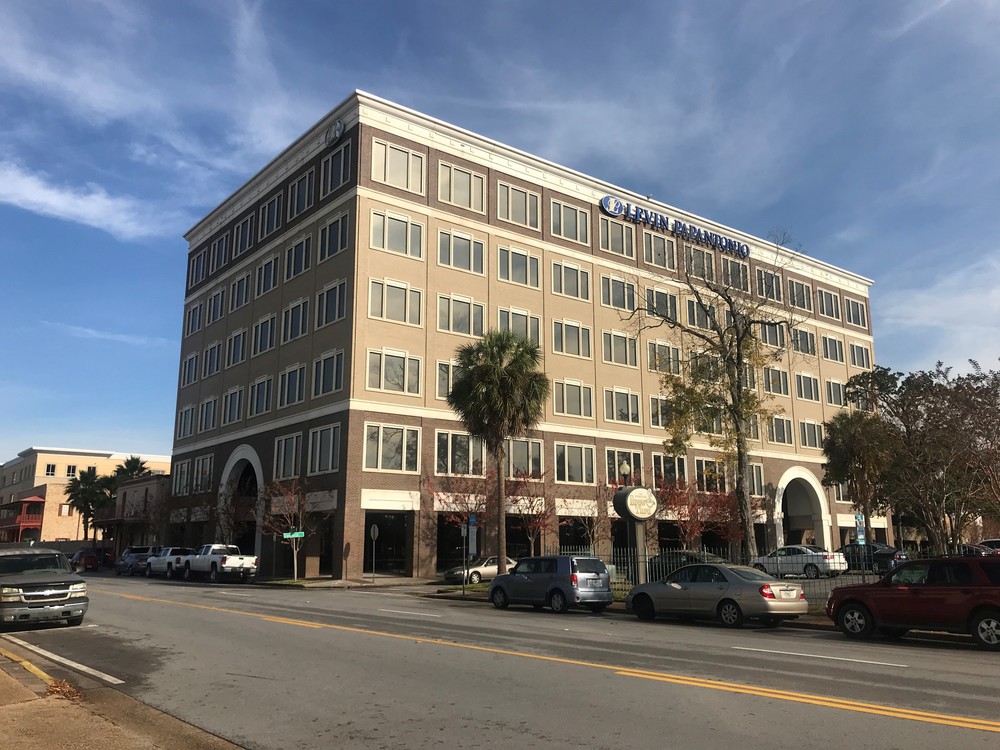 One of Pensacola’s largest office buildings is gaining a new tenant: Schmidt Engineering. Debbie Anglin, Vice President with Beck Partners, inked the lease with the engineering firm that will occupy a 10,078 SF office at 316 South Baylen Street in Pensacola. This Class “A” office building in downtown Pensacola offers views of downtown Pensacola and the bay area. The private parking deck offers tenants convenient access to the building in an area where parking is in demand near the Escambia County Courthouse and Maritime Park.

Debbie Anglin is a Vice President at Beck Partners where she has excelled in commercial real estate since December 2014. Debbie is a native of Pensacola; her family roots dates to the 18th Century.  She began her career in 1990 as an agent with NAI Halford. During her 14 years with Beck Partners, Debbie became a Broker and received her office designation as an SIOR (Society of Office and Industrial Realtors).  In 2004, she relocated with her husband to Sarasota, Florida, to be with her children and grandchildren. Debbie joined Ian Black Real Estate as a commercial broker until, in 2014, she returned to Pensacola and joined Beck Partners CRE, LLC as a Broker Associate/Vice President.